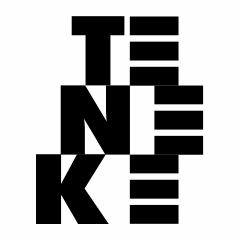 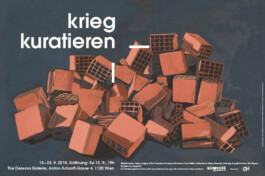 Whether wars produce weapons, or weapons produce wars, is one of the growth questions of national arms industries. And art too does not remain passive on this subject. In their works and through their activism, artists take a stand. However, the art world also profits from war and contri­butes its fair share to the accumulation of capital of corporations that produce weapons and deliver them to war zones.

The exhibition Krieg Kuratieren (Curating War) brings international artists together whose works move along the interface between art and war. The exhibition deals with various aspects of war, the resulting conflicts, and the opportunities for action in the field of art. Some artistic positions question the economic base of the art world. Others try to find out how art shapes memory and creates a space for coping with war experiences, in order to shed light on the cultural hegemony in geopolitical spaces.

The exhibit also pursues the question of “what to do?” when an exhibit space (in) directly supports con­tin­uities of war policies and censors or disqualifies pieces. Which connections can be made between censorship in art institutions and the con­tin­uities of war? Proceeding from this critique of institutions, a collective and social memory is brought into relation to art. Can art also be considered a social and collective memory?

In artistic pieces and round table talks, the exhibit will discuss how historically meaningful spaces, which have been destroyed by war policies, and associated, contradictory politics of memory can be conveyed.